A Baltimore City Fire Department paramedic who incorrectly determined a gunshot victim had died will be suspended without pay.

Fire Department spokesman Chief Kevin Cartwright said the individual will be suspended for 29 days without pay. The paramedic must also be retrained in some skills and demonstrate proficiency before returning to duty.

On Aug. 1, the fire department paramedic treating a burglary suspect police shot in the head said he was dead. But other authorities at the scene saw Michael Quarles moving 30 minutes later and asked paramedics to come back.

The department’s Quality Assurance Board investigated the paramedic’s actions and interviewed emergency workers at the scene before disciplining the paramedic.

NTSB says overworked Maryland State Police pilot to blame for the crash of Trooper 2. Also faults air traffic controllers along with MSP’s response to the crash. Report says there are lessons to be learned for search crews. 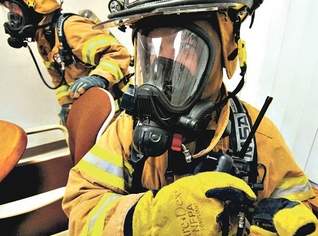